Become a member
The Committee
Partenaires

The Cultural Services of the French Embassy promote contemporary French culture to cultural and academic institutions throughout the United States.

Based in New York City and at the French Embassy in Washington, D.C., the Cultural Services have offices in Atlanta, Boston, Chicago, Houston, Miami, Los Angeles, New Orleans, and San Francisco.

The role of the cultural services is to advise, design, develop and promote. Under the direction of the French Ambassador to the United States, their objective is to initiate and support high-level cultural exchanges between the most promising French and American artists, writers, thinkers, students, and professors, and to continually increase the number and quality of opportunities available to them.

The CPGA collaborates with cultural departments that are always on the lookout for innovative ideas to bring Americans and French people together on joint creative projects. Thus was born the And Given Residency funded by CPGA through its partnership with the Face Foundation. 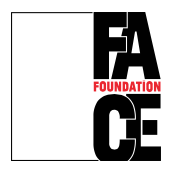