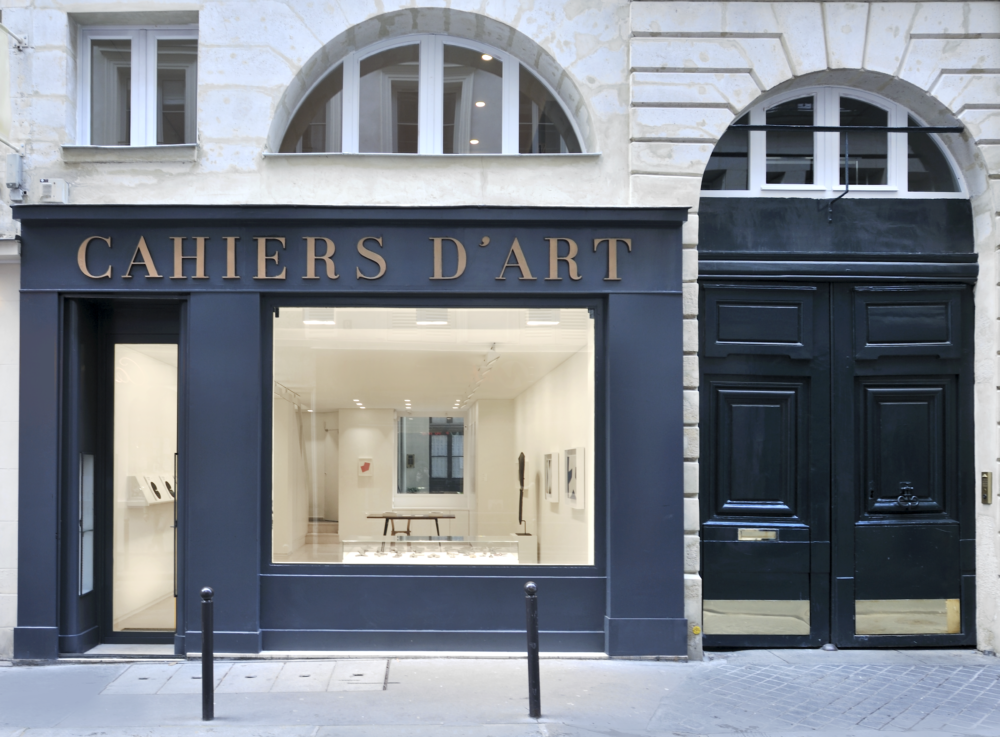 Founded in 1926 by Christian Zervos at 14 rue du Dragon, in the heart of Paris, in Saint-Germain-des-Prés, “Cahiers d’Art” is at once a magazine, a publishing house and a gallery. Cahiers d’Art is an almost unique model: a contemporary art magazine, with a daring layout and typography, abundantly illustrated with photographs, bringing together modern and ancient art, where poets and writers, Tristan Tzara, Paul Éluard, René Char, Ernest Hemingway, Samuel Beckett, advantageously replace the art critics.

The beginnings of Cahiers d’Art coincide with the advent of the Bauhaus, the discovery of Le Corbusier, Klee, Kandinsky, and with the research of Zervos on the primitive arts and the archaeology of the Cyclades. From the 1930s until the outbreak of the Second World War, the magazine was mainly interested in the work of Picasso, Matisse, Braque, Léger, Ernst, Arp and Giacometti. In 1932 the first volume of the Picasso Catalogue was published; a project that would become a life’s work, a collaboration between Zervos and Picasso materializing in 33 volumes that have since become the reference work on Picasso’s work. The artists’ collaborations with Cahiers d’Art have often resulted in original works.

Joan Miró’s 1934 stencils and the 1937 stencil entitled “Help Spain”, as well as Duchamp’s 1936 “Flying Hearts”, perhaps the world’s first example of kinetic art, are among the most emblematic works by these two artists. Christian and Yvonne Zervos organized at the Cahiers d’Art gallery between two and five exhibitions per year from 1932 to 1970, notably those devoted to Calder, Gonzalez, Tanguy, Laurens, Brauner and Picasso. By 1960, Zervos had published 97 issues of the journal Cahiers d’Art and more than 50 books, including monographs on El Greco, Matisse, Man Ray, and African and Mesopotamian art.

In 2012, Cahiers d’Art published the magazine No. 1, 2012 dedicated to Ellsworth Kelly, the first Cahiers d’Art to be published in over 50 years. Since its relaunch, Cahiers d’Art has reissued the 33 volumes of the Picasso catalog by Christian Zervos, in collaboration with the Picasso Administration, available in French and English for the first time in its history. In parallel, Cahiers d’Art presented new exhibitions, published new books and limited editions in collaboration with Alexander Calder, Ellsworth Kelly, Philippe Parreno, Rosemarie Trockel, Hiroshi Sugimoto, Thomas Schütte, Martin Kippenberger, Inge Mahn and Monika Sosnowska. Cahiers d’Art remains faithful to its roots, combining exhibitions and publications of works by some of the most important artists of our time, with an ever-renewed demand for quality. 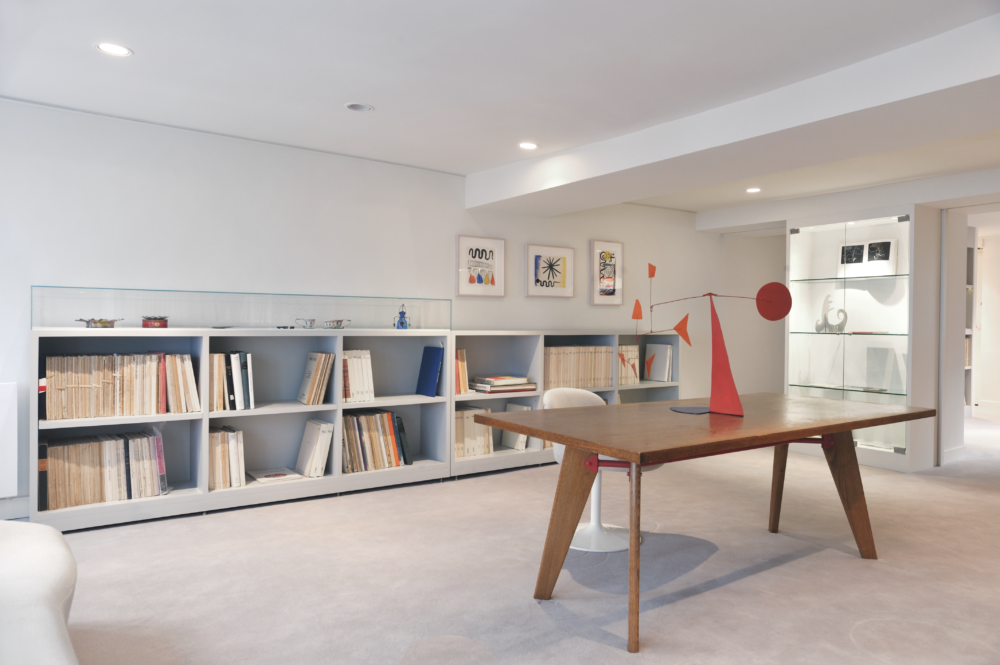 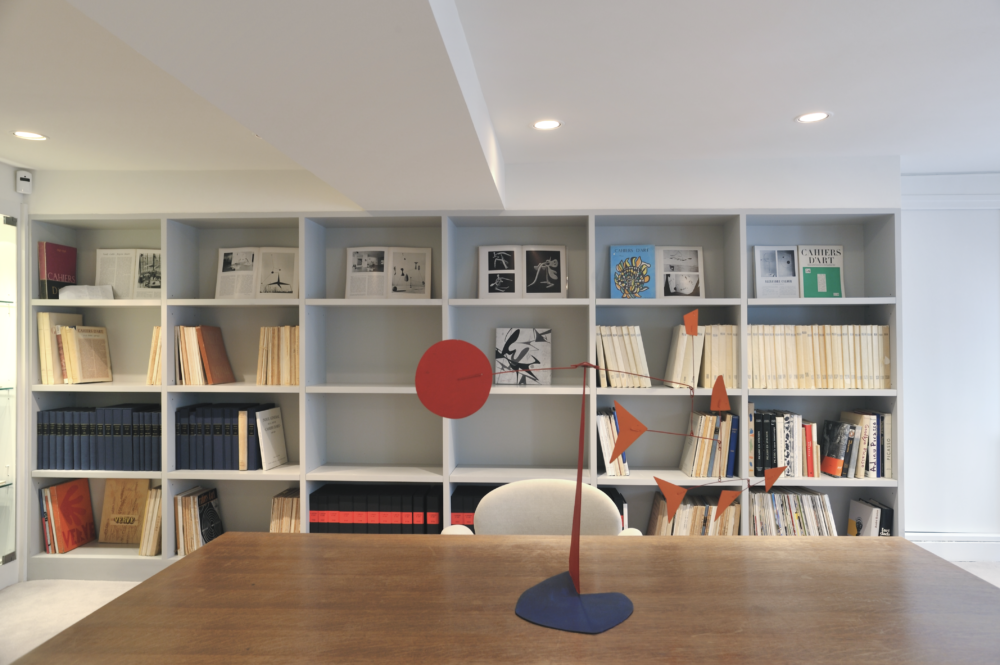