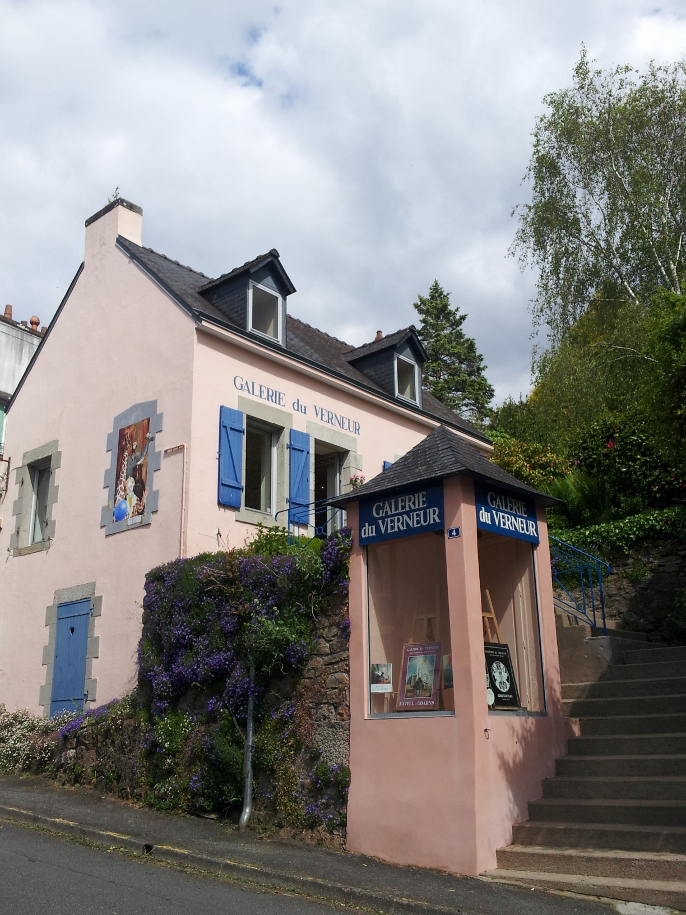 A staircase won on the rock to welcome you goes up to a pink house high up with blue shutters, which one would think came out of a painting by Katell Le Goarnig.
Katell Le Goarnig, present on our walls since the opening in 1985, is a painter-poet who develops her work over time; her work is built by a fertile imagination unfolding in a rich and sensitive palette, and supported by a precise drawing.
It is thus an abundant painting with a demanding search for balance and light, served by a solid composition: landscapes, still lifes – also called silent lives -, characters, compositions mixing all this impose themselves by a mysterious presence.
Snow covers many of his works…
The gallery also presents his engraved work and his watercolours.
Since 1985, Michel André has presented works by Jean Cocteau at the Galerie du Verneur: lithographs, drawings and ceramics. Today, only the ceramics are offered, coming from the Madeline Jolly studio. 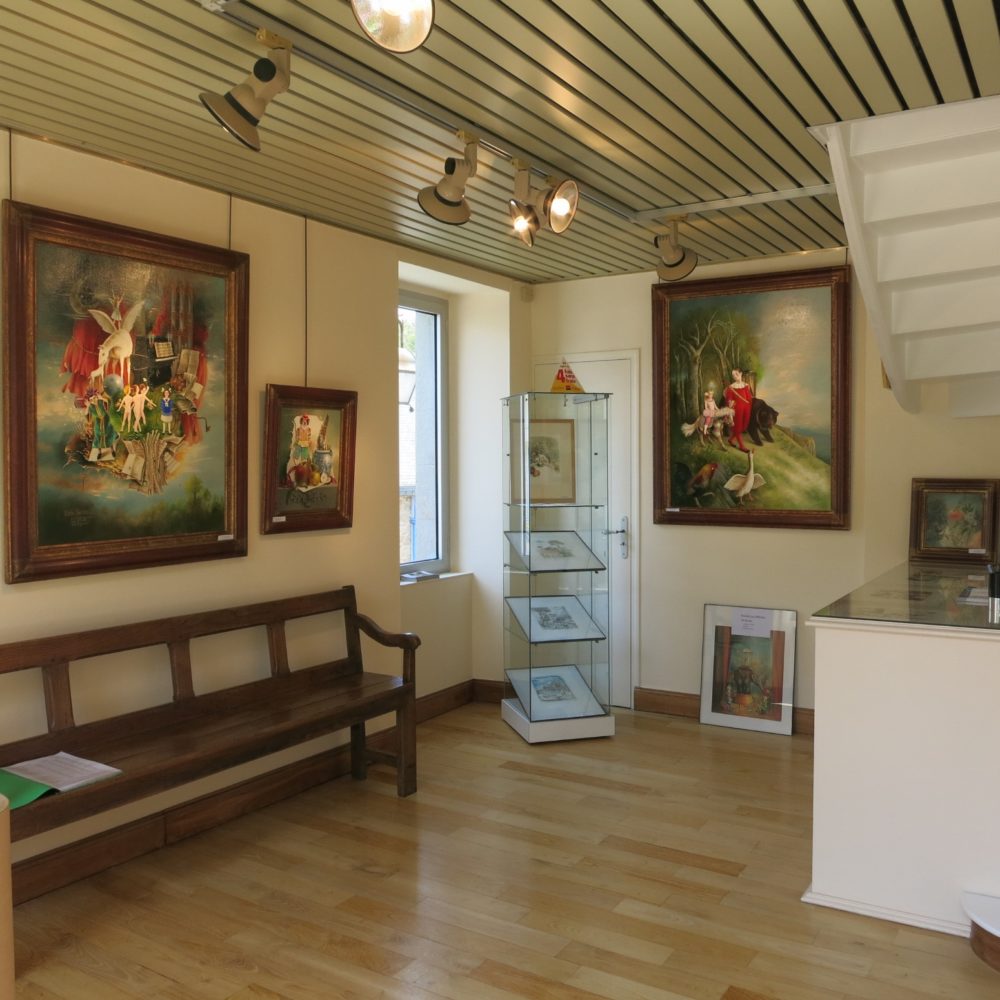 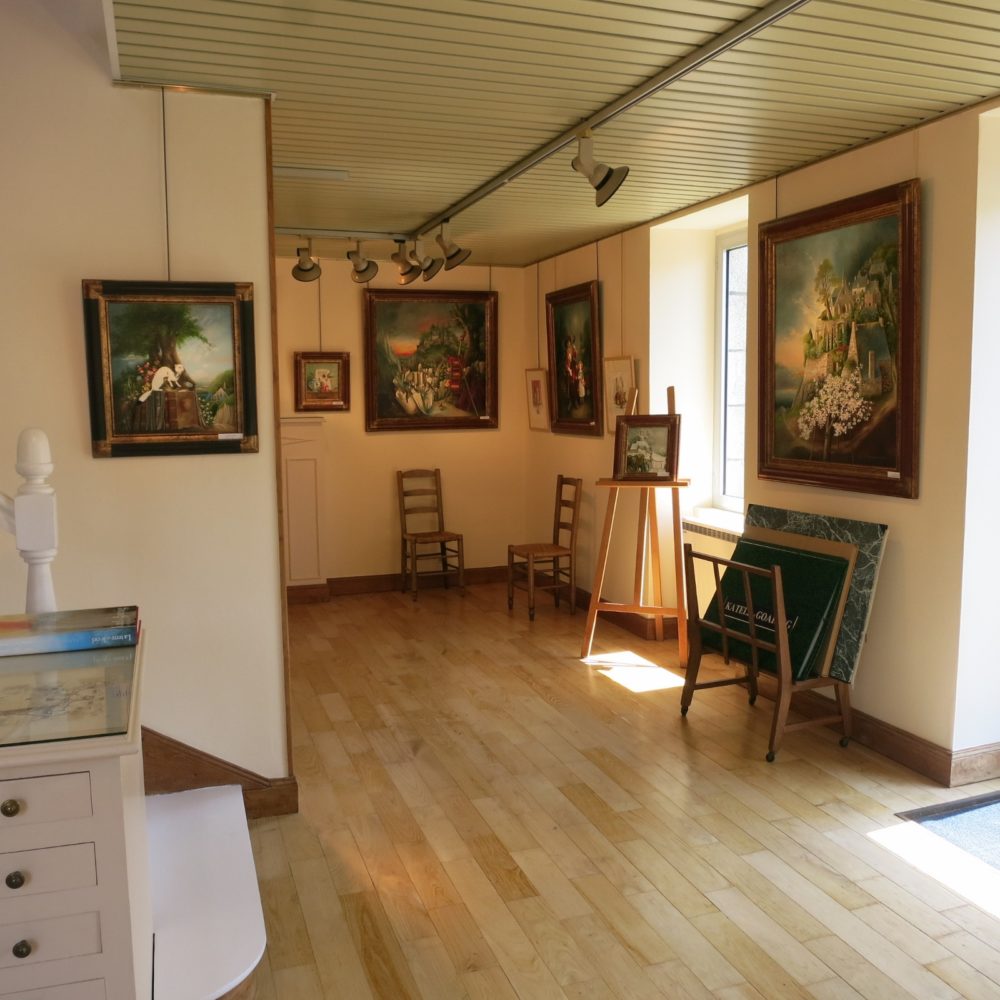