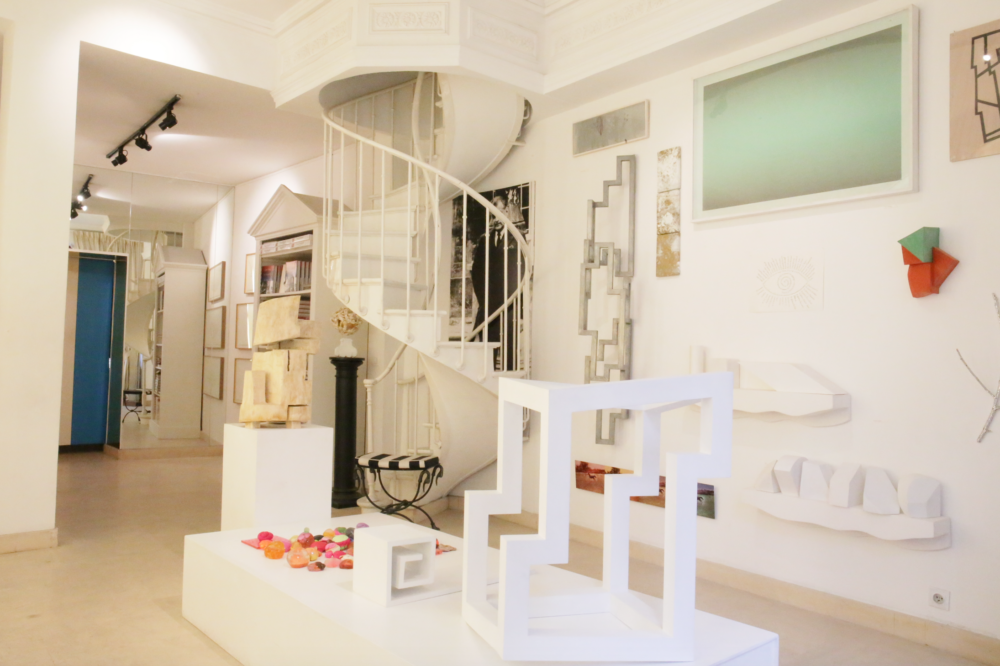 For more than 20 years, Marie-Victoire Poliakoff’s Pixi gallery has been exhibiting works that do not care about successive fashions or the “expectations” of the art market. She favors “young” artists (but didn’t Louis Carré say that one remains a young painter as long as one is not too expensive?), whose works she regularly shows, both during collective hangings and through private exhibitions. What they have in common is a refusal to show off, a taste for discreet subtlety, and a demand that the viewer take his or her time to discover the riches that are deserved and that do not reveal themselves to the careless or hasty eye.

The Pixi gallery can alternate between abstraction and figuration, the so-called opposition of which loses its meaning as soon as what counts is the motivation of the forms, the necessity of the materials, the density of the chromatic fields – the progressive deepening of approaches which, while allowing themselves variations, remain faithful to the initial choices of some perfectly productive principles.

One might say that one has the right to expect these qualities from anyone who claims to be an artist: this would be naivety – which is confirmed as soon as one is attentive to what can be spread under the pretext of artistic news. The exhibitions of the Pixi gallery therefore take on an exemplary appearance, reminding those who can still hear that art is also a serious matter, not to say moral.